History is full of inventions that were going to change the world. The only problem is — the majority of them die out even before the prototype stage. It’s incredibly difficult for inventors to anticipate society’s needs, especially considering the time period we live in. It is quite impossible to predict how the world will change and what inventions will make a big difference, so people started coming up with all sorts of gadgets and technologies to see what sticks. All the following doohickies and whatchamacallits were supposed to be bigger than sliced bread, but in the end, we don’t even remember they existed.

In the 1910s, some people thought that a fully lit cinema was going to be a new craze in America because dark places were apparently too spooky for women and children. The concept initially caught on, and “daylight movies” became a trend across the country. But in the end, we got even darker venues, much darker movies, and 4D films! I actually can’t tell which is worse.

In the early 1900s, “electrified water” was considered to be a big-brain idea. Giving a good electric jolt to the regular water was supposed to grant it all kinds of wonderful new qualities. Back in 1904, people were using electrified water not only to sterilize and clean clothes without soap but also for drinking and watering plants. But that’s nothing.

Rear Admiral Bradley Fiske invented many cool gimmicks, which may explain why people thought that his reading machine was going to be a huge hit. Here’s how it worked: the books were printed on small pages in tiny letters, and readers would use magnifiers to enjoy the story. This invention would make the printing process cheaper, books would last longer, be easier to carry and store, etc.

Everything sounds great so far, so what went wrong? In short — it’s about money. Paper is a big business, after all. Maybe using a magnifying glass for hours every day was the final nail in the coffin. 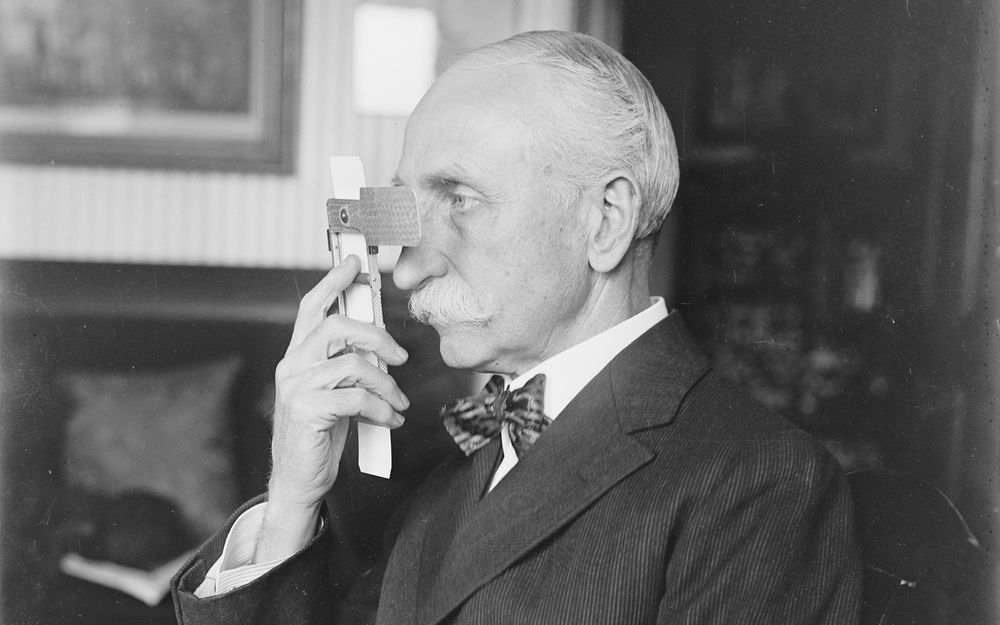