Nationwide — Christopher Emanuel, a Black father from South Carolina whose daughter was adopted without him knowing, has finally gained full custody after an intense court battle. Since then, he has also founded an organization called the Sky Is The Limit Foundation to help other fathers who are going through the same ordeal. 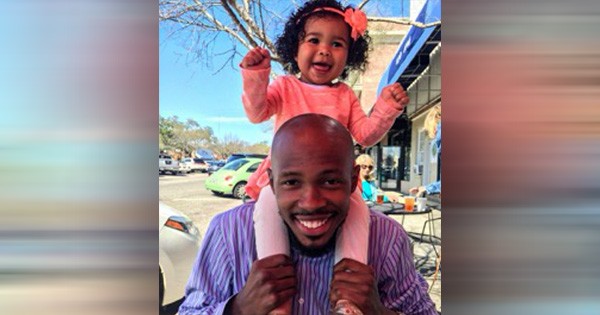 In 2014, Emanuel said his girlfriend, who is white and whose family did not approve of their relationship, placed their newborn daughter Skylar up for adoption without his permission.

“I was lost, man, I was hurt, I was confused because I wanted to insure that I could be there for my child,” he told WACH News.

Since Emanuel knew that his girlfriend was pregnant, he listed himself on February 4, 2014 on the Responsible Fatherhood Registry, a South Carolina database for those who fathered a child but were not married.

With that, he was supposed to be notified if the child was put up for adoption. But when a family filed a motion to adopt Skylar on February 19, 2014, Emanuel wasn’t informed.

The adoptive family, who were from San Diego, were able to adopt Skylar even though they’re from another state due to a South Carolina law that allows out-of-state adoptions under special circumstances, including when a child is biracial.

Emanuel endured a lengthy court to dispute the adoption. He said at some point, he even considered just adopting his own daughter back as he almost lost hope he would see her again.

After a year, a judge sided with Emanuel as court records cleared showed his paternal rights were terminated without his permission. He was then granted sole custody of his daughter.

To help other fathers with similar cases, Emanuel’s foundation has recently launched a Kickstarter campaign that aims to end adoption trafficking in the US.